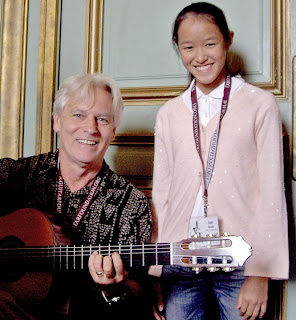 I was pleased to exhibit in the Guitar Foundation of America festival in San Francisco this past August. A lot of good things happened, but I have to tell you about one thing in particular. Saki Kato came with her parents from Tokyo to compete in the under 14 year-old division. I was delighted to meet her because I was aware that she plays on a Signature Model guitar of mine that she acquired in Japan a few years ago. I had heard of her when I was in Tokyo last year, but we were unable to get together then.

Saki is 11 years old and has been playing since she was about 3. During the last four years she's been studying with the great guitarist Shin Ichi Fukuda, 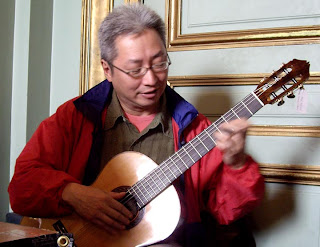 He was one of the featured performers in the GFA this year, and probably because he was going to be there, he encouraged her to come and compete.

Fukuda is a great player, a great personality, and obviously a great teacher, and it was a pleasure to hear him play and get to know him a bit as well.

Saki is small and shy, and speaks almost no English. When she sat down to play, the guitar looked big for her, but when she actually started playing everything transformed. She completely commands the instrument. There's nothing she can't do - effortlessly. I was amazed, and so was anyone within ear-shot.

On Saturday night it was announced that she was in the finals, and I knew I had to be there. So at 9:00 Sunday morning I made it to Herbst Theater to hear the junior finals. 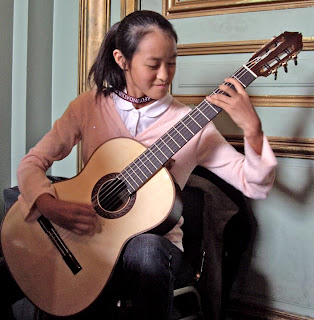 Unbelievable! She played the Grand Solo by Sor and Fuoco by Roland Dyans, and she dominated the music and the room. The shy young girl who was staying up past her bed time the night before, was now a fully poised and confident virtuoso, but not just a virtuoso, an artist. Her playing and interpretation was flawless, and later that Sunday when the results were announced the judges agreed. They awarded her not only first place, but they announced that she also achieved the first-ever perfect competition score!

I was so proud of her, and thrilled to have been there. I was proud of my guitar under her hands as well. I look forward to hearing her magnificent playing many times in the future. At 11 years old I don't know how she can plan for the future, really, but she has a talent that is without peer. I can't wait to see where it goes. 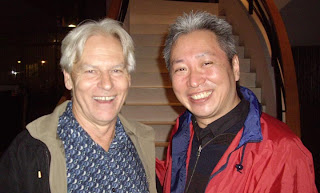