Check out the Amazon Rosewood on this 640 Hill Performance Model 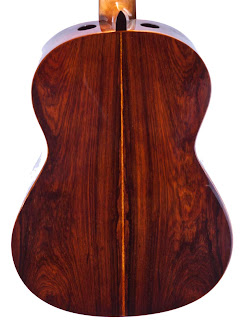 Get the details here.

Posted by New World Guitar Company at 2:00 PM No comments: Links to this post 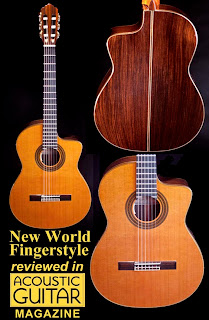 
Headquartered in Ben Lomond, California, the Hill Guitar Co. operates under the guidance of luthier Kenny Hill, who has been building classical guitars since 1972. The company’s high-end classical guitars are highly regarded by serious classical players, but Hill also consults with Córdoba Guitars and has developed his own line of more affordable instruments that are built in China and sold under the New World Guitars name.

Our review guitar is a Fingerstyle-C model from the New World Players series. It has a 17⁄8-inch nut width and cutaway but has the overall look and rich, warm tone of a traditional classical guitar and is built with conventional classical construction techniques like fan bracing and a Spanish-foot neck joint. The high gloss finish, along with the dark cedar top, rich Indian rosewood back and sides, and understated look of the purfling and three-ringed rosette pattern creates an air of elegance.

Our Fingerstyle-C came equipped with an optional L.R. Baggs Anthem SL Classical electronics package, which includes an undersaddle pickup, microphone, and onboard preamp with a crossover circuit (click here for our review of the Anthem system). In contrast to other guitars in this article, the Anthem does not have controls in the side of the guitar (its volume control installs inside the soundhole).

Both acoustically and amplified, the Hill Fingerstyle-C delivers the full-bodied tone one expects from a classical guitar, with a warm resonant midrange. The guitar is quite responsive and produces plenty of volume when played hard. I appreciated the combination of the very playable neck and warm traditional tone. I was happy with the sound of traditional classical pieces as well as jazz and Latin tunes, and the guitar’s plugged-in sound was warm, full, and surprisingly feedback resistant. Fiore commented on the Fingerstyle- C’s dark tone and spent a lot of time exploring single-note melodies in the bass, as well as the wide range of tones created by varying his pickinghand position.

Posted by New World Guitar Company at 11:06 AM No comments: Links to this post

In response to many Frequently Asked Questions, we've started to add specific information regarding the features and options on our guitars with hopes we'll provide a knowledge base for those interested.

The first 3 sections we've added are regarding Double tops, French Polish and Kenny's Stand up Signature model. You can find these pages here:

Double Top
Why a French Polish
Stand Up Model

In the coming weeks we will be adding information regarding the following subjects: 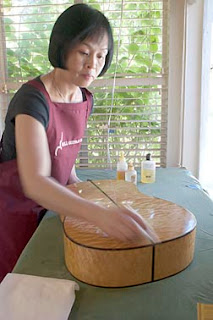 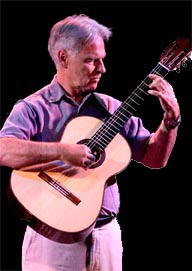 What else do you want to know about?

Posted by New World Guitar Company at 4:08 PM No comments: Links to this post


Hill Guitar Company and The Carmel Guitar Society with Freidman Eye Center, is proud to bring you the 2010 1st place GFA winner Johannes Moller in Concert in Monterey 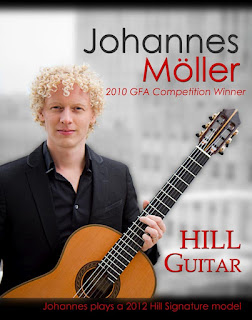 Johannes will be performing at the Maritime Museum of Monterey on Columbus day Monday October 8th at 7pm. Tickets are $20 and membership renewal to the Guitar Society gets one free ticket. Click here for Tickets


Kenny Hill states, "Johannes plays guitar in another realm. He uses the guitar with a delicate, sensitive, powerful touch. His own compositions carry a sincerity and emotional impact that is irresistible, and his approach to traditional classical repertoire is refreshing and inspiring, shaped by his own enhanced skills as a composer. His understanding of the fingerboard, the harmonic possibilities and the resonance of the instrument are truly unique and profound. He is a charismatic performer, and shares his love for the music in a way that is personal, compelling and elevating."
Johannes plays a lovely cedar top Hill Signature Model guitar, made in 2011.

Johannes Moller is an artist you don't want to miss. If you are anywhere in the Monterey Bay or greater bay area it is definitely worth your while to travel to downtown Monterey. If you are farther away, he will also be playing in Sacramento on October 5th and in Los Angeles on October 11th. Johannes' Concert Schedule

Here playing "Ananda"  Live in Sarasota, Johannes displays a wonderful, personal example of the expression of the guitar.  http://www.youtube.com/watch?feature=player_detailpage&v=kMq_uF8W5Cw
Posted by New World Guitar Company at 12:34 PM No comments: Links to this post